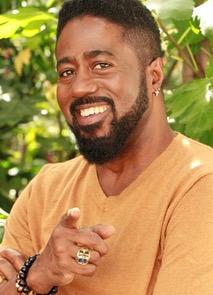 FREE Video to raise awareness of the importance of registering and voting: 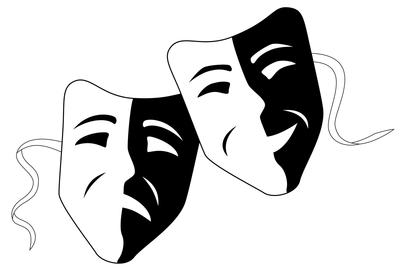 Welcome! What drives some people to take extraordinary actions for fairness for others? ... Even at risk to themselves or for people they fear or don't like? I bring to life on stage actual people who take this journey to unexpected connections and reconciliations.

In brief - or go to the page for each play for more details:

Veils of Jusice: Guilty or not, can Mazen, a young Saudi accused of raping and robbing at knifepoint an American businessman, get a fair trial and justice in post 9/11 New York City? Insisting on his innocence, the fate of this Muslim from the Middle East depends on  three American women - his Jewish defense lawyer, a prosecutor determined to force a plea deal or convict the first Saudi of any crime in NYC since the attacks and the accuser’s wife. Some people journey through the fear, betrayals and prejudice into profound connection as human beings… some cannot take that journey. Awards/Placements: Finalist, 2019 ScreenCraft Stage Play Contest; Semi-finalist, Ashland New Plays Festival. Earlier Drafts: Winner, Theater Resources Unlimited’s 2016 TRU Voices Reading Series; WILDsound; Honorable Mention, Arch and Bruce Brown’s contest for plays about actual events that position LGBT life positively;  Finalist, MT Works Newborn. Selected by The Riant Theatre for staged reading(directed by Van Dirk Fisher) in the online Jocunda Festival of Film, Theatre and Music 2020

In Sam's Rabble, Captain Shays leads a rebellion of Revolutionary War veterans, forcing Sam Adams to send out the army of the nation of Massachusetts to shoot him and his insurgents, and terrifying the 13 new American nations into uniting under one constitution... the story of a 1787 rebellion that today's gun rights advocates, private militias and even Timothy McVeigh on the day he bombed a government building in Oklahoma use to justify armed rebellion against the federal government.

In Embers of Tent City: Brew, emboldened by President Obama's inauguration, an African American WWII veteran and former leader of a voting rights struggle decides to shelter families evicted in the 2008 financial crash and mortgage crisis just as he sheltered their parents and grandparents evicted for trying to vote... but he enrages the retired Irish American sheriff who almost killed him and decides to finish the job. But the sheriff's granddaughter, also evicted and hell-bent on getting to the first meeting of the Tea Party on Feb. 16 2009 interrupts their battle to the death -- and an unexpected reconciliation and a very American rebellion breaks out. Also available: 30 minute version "Evict Me?!" and 15 minute solo, "John McFerren's Story." Awards/Placements: Winner - Writers' Digest 2016 contest for stage plays; Semi-Finalist, Bridge Initiative.

For more info, browse this site or go to www.nnpx.org/Anntares.

Also short plays, e.g., Boogie on the 3rd Rail, based on FBI report about Boogaloo Bois who killed a federal guard to make police think George Floyd protesters in summer 2020 were violent in order to make the police to attack the protesters and start a new civil war... with a twist: the driver feels remorse... .

AfterMath, 10 minute reveal as two mortgage brokers rush to add zeroes on applications before the arrival of '08 crash auditors.

Zeroes, 10 minutes with the father a soldier in Iraq.

Surge, an Iraqi assistant to US forces in Baghdad, laid off and unprotected, confronts her former U.S. boss outside the safe Green Zone.

Thank you, Now Please Go Home, an Iraqi woman returns home to civil war in 2006 Baghdad after a month's visit to the U.S.​

Guantanamo Questions, immersive street theater to acknowledge the opening of the prison with parts for all demonstrators.