EARLY DRAFT: Unrehearsed table readings, including one with Maryann Plunkett, Antonio Minino, Bill Kozy, Patricia Lynn and other talented generous actors. Revised after each reading and again in a workshop led by playwright Rogelio Martinez at Primary Stages ESPA - and during two years of ProSeries and MSC courses designed by dramaturg Hal Croasman. 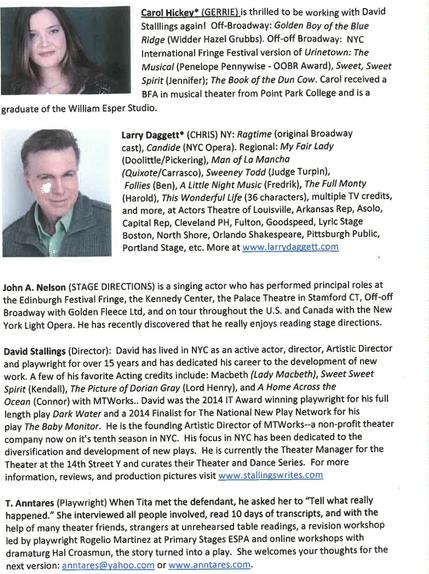 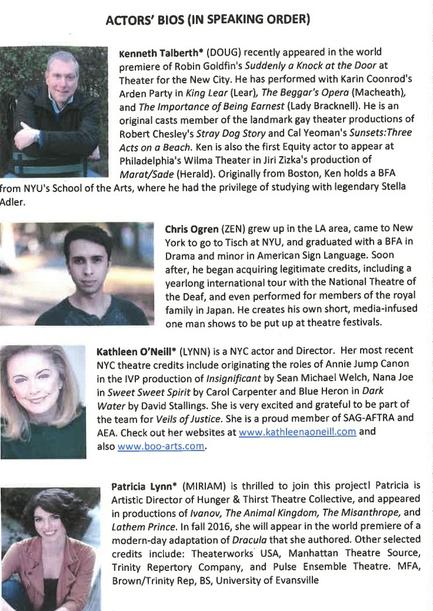 Rehearsed reading of new revised script through Riant Theatre.com in 2020:

VEILS OF JUSTICE by T. Anntares

Can a young Saudi, accused of rape and robbery, find justice in a post 9/11 NYC courtroom?

Cast, in order of speaking: 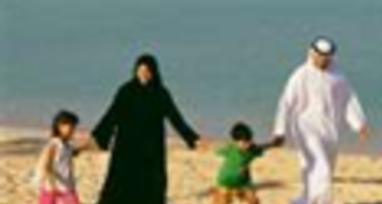 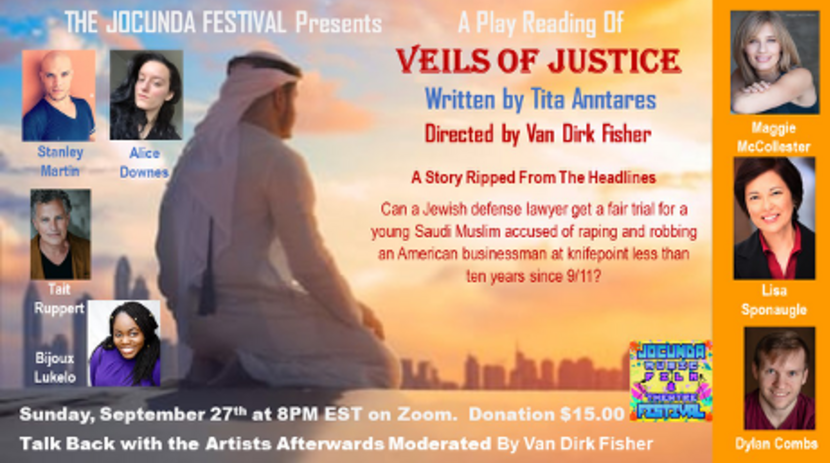 After the reading, a "Dollars and Sense" panel included:
Pat Addiss, producer (Gigi, A Christmas Story, Dinner with the Boys, Buyer and Cellar, Promises Promises, Little Women); Patrick Blake, producer (The 39 Steps, Bedlam Theatre's Hamlet/St. Joan, My Life Is a Musical, Play Dead, The Exonerated); Daniel Kuney, general manager with Jumpstart Entertainment (Rock of Ages, Fela!, Reasons to Be Pretty); Tom Polum, producer (The Toxic Avenger, Dirty Rotten Scoundrels, All Shook Up)
Comments from Audience members at the staged reading in response to request in program to email thoughts about what resonated, what didn't.  Many of these comments also included very valuable suggestions for next draft (underway) and reflect the dynamic actors and supportive, deeply perceptive director, despite barely time to read through each scene 2-3 times.
----------------------------------------------------------------- 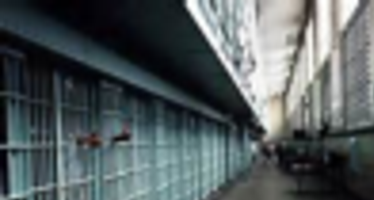 MAGGIE MCCOLLESTER as Lynn Payne Wingate. TV credits include: guest star on Dexter (Showtime), The Unit (CBS) and Playdate (Lifetime), recurring role on The Young & The Restless (CBS) and One Life To Live (ABC).

ALICE ROSE DOWNES as Deena Joseph. Theatre credits include: Morticia in Adams Family Musical, Princess in A Soldier’s Tale, Margaret in Much Ado About Nothing and Euridice in House of Hades.

LISA SPONAUGLE as Geraldine “Gerrie” White. Television credits include a recurring role in Pushers, co-star in You Are The President and guest star in For My Man.

BIJOUX LUKELO as the Narrator. Theatre credits include: Pam Kansas/Black Panther in Billie and Malcolm: A Demonstration and Melissa Parker in This Means War (Castillo Theatre).

Guilty or not, can Mazen, a Saudi youth accused of raping and

robbing at knifepoint Blake, an American businessman, get a fair trial in post 9/11 New York City? This Muslim man’s fate depends three women: his Jewish defense lawyer Deena, determined to get justice not revenge; his accuser’s wife Lynn who asks her conservative gay brother to find out what happened; and Gerrie, a prosecutor trying to force a guilty plea or convict the first Saudi accused of any crime in New York since the attacks.

The characters show their sides of this story - fictional but inspired by an actual trial. By the time the jury’s verdict shocks all involved, we have witnessed some of the people on this journey break through barriers of fear, betrayals and prejudice into profound connection as human beings… and some could not take that journey.

Cast: 3 men, 3 women. Unit Set: Characters tell their sides of the story, with lighting and a prop or piece of furniture to indicate location; possible projection of news headlines, photos, etc.

Script:  pages 4-85. Fictional but inspired by an actual trial, interviews with all involved except the judge, and reading of the 10-day trial transcript. Story rights from defendant and accuser's wife; characters are composites with identifying details changed The defendant asked the writer to tell what happened because even his friends would hear the charges and get that "you must have done something - no one would make that up" look.